Falls in Elderly Can Lead to Post-Surgical Complications

Previous Next
Falls in Elderly Can Lead to Post-Surgical Complications 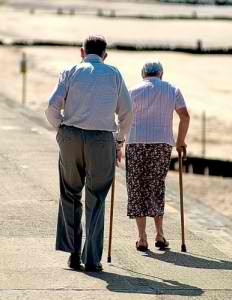 A fall six months prior to surgery can lead to complications

We often hear about elderly people falling and the dangerous consequences that can result. Now, researches have demonstrated that a fall six-months prior to a surgery can lead to post-op complications.

According to Michael McKindley, DPT, in the Costa Mesa office of Progressive Physical Therapy and Rehabiliation, “There are many reasons for falling including poor health, over medication, weakness, de-conditioning and the list can go on. The good news, is a physical therapist that has experience in elderly fall prevention programs and balance issues can help pin point where the limitations are. Not only can we help find the limitations we can design a program to improve strength, endurance, balance and help with questions about proper nutrition. In turn, these programs will help restore confidence and help you lead a more active lifestyle.”

“It’s one more marker for older adults that lets us see who is going to do poorly after an operation,” Dr. Thomas Robinson, the study’s lead author, said.

Falls are not necessarily the reason people do poorly after surgery, he cautioned. Instead, falls represent how frail an older person is, said Robinson, an associate professor of surgery at the University of Colorado School of Medicine in Aurora.

“When we talk about falling and we talk about older adults falling, these are people who are doing their normal activities of daily living and they fall to the ground,” he said.