Meet Our Talented Team. We are Here to Help! 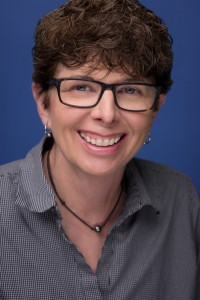 She has specialized in the treatment of orthopedic injuries for the past 20 years. Recently, Kim has directed her continuing education towards rehabilitation of the side effects of cancer and cancer treatment. Kim developed this interest after her grandmother was diagnosed with breast cancer and, as a result of the surgery and subsequent treatment, her grandmother lost her shoulder mobility and developed lymphedema. In addition to becoming certified in the treatment of lymphedema, Kim completed the STAR training to address and treat other side effects of cancer including unspecified pain, neuropathy and fatigue. Kim co-founded Progressive Physical Therapy and Rehabilitation with Michael McKindley in October of 2004. 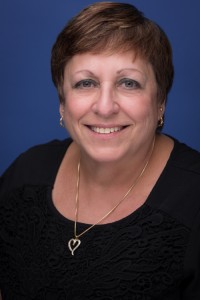 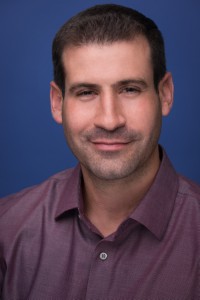 Adam is a Licensed Physical Therapist who received his doctorate of physical therapy from Western University. He graduated from the University of Kansas with a Bachelor’s of Science degree in Athletic Training where he specialized in injury prevention, recognition,

rehabilitation, and management of athletes in football, track and field, soccer and swimming. He continued his education earning a Master’s in Physical Therapy from California State University, Long Beach in 2008. He has extensive experience in treating the shoulder, foot and ankle disorders, ergonomic and posture instruction, manual therapy techniques, managing lower extremity dysfunctions, post-surgical rehabilitation and sports conditioning. His skills extend to treating patients with Parkinson’s Disease with his LSVT BIG certification. Adam has participated as part of the medical staff in several Orange County triathlons and is also skilled in the Spidertech taping technique to reduce pain, swelling and restore posture. He is involved with a few Orange County running clubs where he has given talks on injury prevention, stretching and how to properly manage injuries while keeping runners on track of their running program. His personal interests include soccer, tennis, hiking, beach volleyball, and football.

Send Us an Email

Michael received his physical therapy degree in 1999 from California State University, Long Beach and his doctorate in 2011 from EIM, Kentucky. Throughout his career Michael has continued to learn and integrate the most advanced and evidenced-based manual and exercise techniques available from around the world.

In 2003, he completed a series of McKenzie courses which is a form of treatment designed to help resolve herniated disc symptoms without surgery. In 2007, he completed the most extensive vestibular training course available, giving him the skills to evaluate and treat vertigo, dizziness, lightheadedness and balance issues. In 2008, he was the first clinician in California to be certified in LVST BIG to treat Parkinson’s disease patients. When the LVST BIG techniques are combined with his balance and orthopedic training, Parkinson’s patients receive the most extensive combination of treatments available anywhere. In 2010, Michael was certified in ASTYM, making him one of the first therapists to bring it to Orange County. ASTYM is the most advanced soft tissue and scar technique available, revolutionizing the way patients are treated today. He has extensive experience in manual therapy techniques, post-surgical rehabilitation, sports conditioning and strength training, ergonomic and posture instruction, industrial rehabilitation and vestibular rehabilitation. Michael co-founded Progressive Physical Therapy and Rehabilitation with Kimberly Marshall in October of 2004. He is also the founder of Advanced Performance Training, a series of sport specific programs to increase speed, agility and prevent injuries. When not working, he is spending time with his wife and two kids. He plays soccer, loves to ski, mountain bikes and does triathlon training. 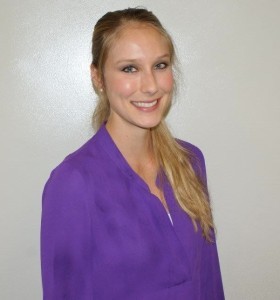 In 2015, Moira graduated from California State University Long Beach with a Doctorate in Physical Therapy. She has also completed training in vestibular rehabilitation from the prestigious Rehabilitation Institute of Chicago.  Currently, she is completing her Pilates apparatus accreditation with Body Arts And Science International (BASI) and is actively incorporating her learned skills in daily treatment sessions. Her extensive dance background in various movement styles engendered a unique understanding of complex movement patterns and translated into a knowledgeable approach to treating movement dysfunction and neuromuscular conditions including Bell’s Palsy.

In addition, her first-hand experience with dance affords her unique understanding on preventing and treat the various disorders associated with dancers of all ages. She is the daughter of highly-regarded interventional pain management specialist Dr. Richard Docherty, a pioneer in the field, who has recently retired. It was from him that she developed her interest in the treatment and care of patients with musculoskeletal issues. In her free time, she teaches ballet and lectures on prevention and management of dance related injuries. She enjoys spending time with her family and friends, traveling, and cooking.

Send Us an Email 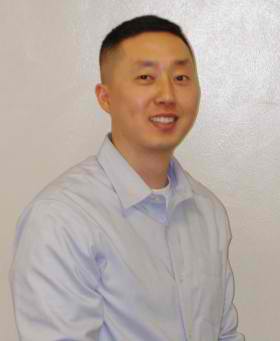 Sean received a Bachelor of Arts degree from the University of California Irvine. He was first exposed to physical therapy when he injured his knees and ankles in high school while playing basketball at Costa Mesa High School. Soon after this, he began to have a passion for the profession.

He left Southern California to obtain a Doctorate in Physical Therapy from Sacred Heart University in Conn., where he was awarded the Silver Medal of Excellence and was a member of the Honor Society.
He continued his education with a residency program in orthopedic physical therapy and obtained an advanced orthopedic physical therapy certificate. During his residency program he also served as a clinical instructor and supervised two first-year doctoral students.
In 2015, he contributed to two articles in the professional journal Topics in Geriatric Rehabilitation. The first paper was Ankle and Foot Manual Therapy for Aging and Older Adults and the second was Cervical Spine Manual Therapy for Aging and Older Adults. In addition, he has given numerous presentations and participated in various continuing education opportunities.
Sean is primarily interested in the prevention and rehabilitation of spine and musculoskeletal issues by incorporating functional fitness into evidenced-based treatment programs. He believes that designing home exercise programs that mimic every day activities helps speed the strengthening, conditioning, and rehab process.
A secondary focus is sports performance, injury prevention, and rehabilitation for youth and student athletes. Based on his own experience, Sean advocates for the role physical therapy can play in helping young athletes reach their maximum potential through proper form and training, as well as, returning them to sport following an injury, in the safest and quickest time frame possible.
Having taken a variety of post-graduate courses dealing with injuries caused by overuse and misuse, he is uniquely qualified to educate and design individualized programs for these athletes and their growing bodies. Baseball players, in particular, are a growing concern in the sports medicine field because of the rise of overuse and misuse injuries specifically in pitches. Proper biomechanics whether it’s for baseball players, swimmers, lacrosse players or any other sport, holds particular interest for Sean.
In his spare time, Sean enjoys spending time with his wife, Julie. They enjoy going to the beach, bike riding, swimming, traveling, and trying new restaurants. Sean also enjoys watching the LA Lakers and LA Dodgers. He speaks fluent Korean. 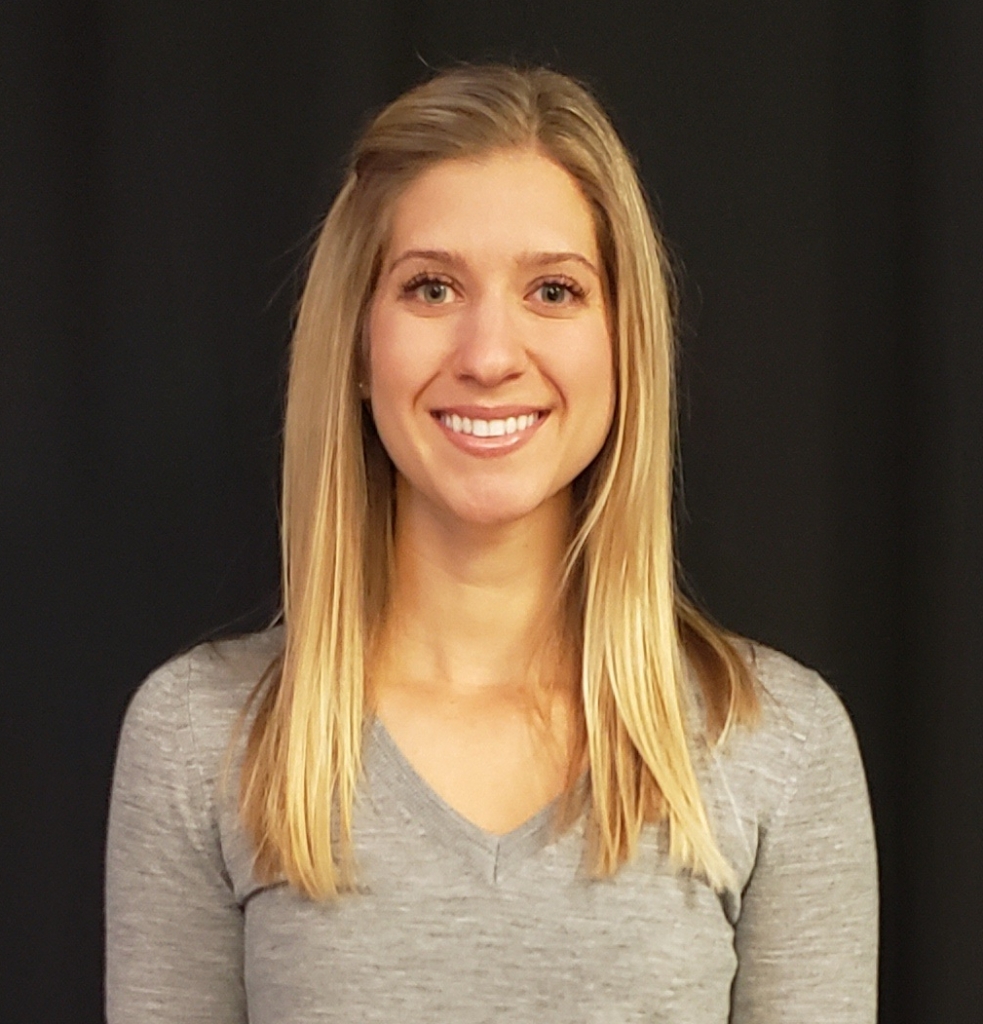 Michelle, an Orange County native, became interested in physical therapy by following and integrating her two passions of both physiology and exercise. She graduated from the University of Colorado at Boulder with a Bachelor’s degree in Physiology.

She has over a decade of experience riding horses and instructing biomechanically correct horseback riding that benefits both horse and rider in order for them, as a team, to reach their utmost potential.

After graduating from the University of Colorado, Michelle moved back to California to obtain a Doctorate in Physical Therapy from the University of St. Augustine for Health Sciences, in San Marcos, CA. She graduated from St. Augustine with high honors in 2019. She has hands-on experience with treating a wide array of diagnoses in many different stages of care from her clinical internships. Her clinical internship experiences consisted of working in an inpatient hospital, a skilled nursing facility, as well as an outpatient orthopedic clinic.

Michelle is eager to apply her up-to-date research-based knowledge and make a positive and lasting impact in the lives of her patients. She believes in analyzing the entire kinetic chain, as the body is a closely linked system of interdependent segments. She acknowledges that each segment is capable of producing both dysfunction and wellness in associated regions along the kinetic chain. With this approach, she emphasizes movement that is biomechanically correct, resulting in minimized risk for re-injury. Michelle enjoys staying active by riding horses, running,
hiking, and mountain biking. 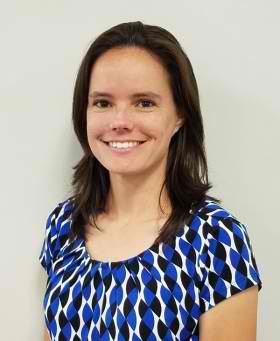 Ann,a southern California native, became interested in physical therapy following a soccer injury that landed her in the athletic training room in high school. She worked alongside the athletic trainers, performing taping techniques and exercises for a variety of athletes and injuries,

We specialize in customized evidence-based programs to relieve pain, restore motion, and function to improve quality of life. Designed to address an individual’s health, abilities, and goals, we empower patients with the knowledge and tools to lead a more active and productive life.